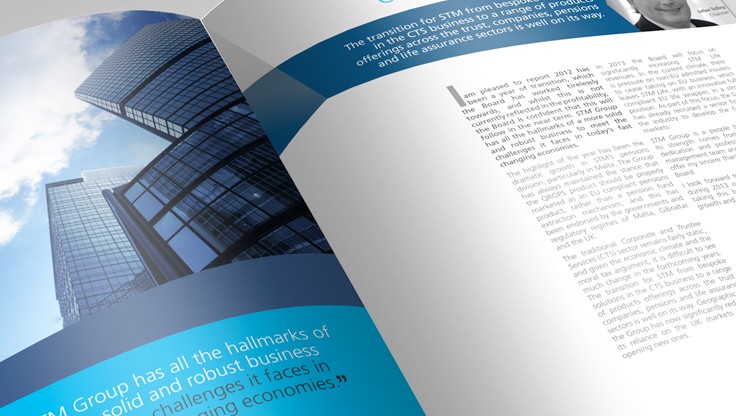 The Fidecs Group was founded in 1989 by Tim Revill as a holding company for a Spanish legal, tax, and accountancy firm based in Sotogrande, Spain.

By 1990, the quantity of offshore business generated by the Spanish office, largely in the fields of trusts and managed companies, necessitated the establishment of its own client service office in Gibraltar. The business grew rapidly, following a strong level of new referrals from independent professional intermediaries.

2007 was a transformational year for Fidecs. On 28 March 2007, Fidecs Group was acquired by STM Group PLC which was admitted to the London Stock Exchange’s AIM market, on the same day. Fidecs was renamed STM Fidecs.

The strategy of the newly formed Group was to facilitate expansion through the acquisition of corporate and trustee service provider (CTSPs) operating in international jurisdictions which offered complementary products and services to those provided by STM Fidecs. Between 2007 and 2010 STM Group acquired various CTSPs within Gibraltar and Jersey, the acquisition of which further consolidated STM’s position as one of the largest Trust and Company managers in Gibraltar.

As the CTSP business grew, so did the pensions division which was originally formed in 2006 to manage and administer occupational pension schemes. The range of retirement solutions was further expanded to provide personal pension schemes, in particular those recognised by HMRC as Qualifying Recognised Overseas Pension Schemes (QROPS).

In 2008 the Group launched STM Life Assurance PCC PLC (STM Life). STM Life is licensed to write Class III, linked long-term life assurance business and was primarily established to provide a potential alternative to other wealth wrappers, utilised by high-net-worth individuals and designed to hold assets such as private company shares, real estate, participation in hedge funds, REITs and EIFs. As Gibraltar is part of the UK Member State for EU purposes (unlike the Channel Islands and the Isle of Man), STM Life benefits from the fundamental freedom to provide its financial products and services within the EU and is able to passport its services into a number of Member States, which could potentially offer favourable tax treatment to insurance products.

Over the course of the last five years the CTSP market has become increasingly challenging against the background of a global recession leading STM to focus a large amount of time and financial resources on developing a range of International Retirement Solutions for the expatriate market.

In November 2010 the Group opened an office in Malta which was established to help facilitate the growth of the Group pensions division. Malta, for a number of reasons, is a complementary jurisdiction to Gibraltar in relation to the transfer of client UK pension assets under HMRCs QROPS regime.

With the opening of the Malta office, STM became one of the first multi-jurisdictional QROPS providers, favouring Gibraltar and Malta as QROPS jurisdictions due to the extensive range of Double Taxation Agreements Malta has in place (over 70) and the low tax on pension income for those with a Gibraltar QROPS. The Group now has six schemes recognised by HMRC and is one of the few providers with a QROPS specifically designed for those resident in the United States.

As a result of the Group’s expansion into the international pensions arena, the Group’s Gibraltar and Malta pensions divisions have between them in the region of 10,000 pensions under management, with clients from over 100 countries.

The growth in the Group pensions division has been mirrored by a significant uplift in demand for the range of life assurance bonds available from STM Life, some of these available as complementary products to the Group pension and trust products. As such, STM Group PLC has become recognised as a leading player in the provision of international retirement solutions and asset structuring to a global market.

The business model of the Group has changed considerably since its flotation in 2007.

The Group board firmly believes that future growth will come from diversification of the range of international retirement solutions and life assurance products. This will be facilitated with a focus on distribution and business development with the aim of securing a more global intermediary network that are able to sell a wider range of STM products to their client base.

STM Group strives to be the provider of choice for cross-border investors, entrepreneurs and expatriates by offering clear, innovative, and impartial financial and commercial solutions which help clients protect and grow their investments.

OUR OFFICES
Strategically located around Europe

With offices strategically located around Europe, in financial centres of excellence such as Gibraltar, Jersey, Malta and Spain, STM has access to a geographical spread required to service individual and corporate clients with interests on a global basis.